On September 28, 2018 we released Corgis vs. Kittens on Apple and Android. It’s now February 2019, and apart from an update with more levels to our game Panda and Penguin’s Puzzle Adventure, there’s not been much to share!

Today let’s talk a bit about what’s been going on behind the scenes at Weekend Panda, plus discuss what’s next.

After finishing Corgis vs. Kittens, we set out to try something new. As you may know, the art-side of the team J.K. is also a writer. (You can see his book “15 Day Creativity Boot Camp” here.) We decided to try to make a game of sorts around the subject of writing, as a way to encourage authors to practice their craft. It was intended to be a combo of website and app, with the site coming first and the app added later.

Things went well in the design phase, and it seemed like a good idea overall. Spirits were high!

Unfortunately… it just didn’t work. Technical issues prevented it from running well enough to release, even in Beta. So after many months of hard work trying desperately to get things to actually function, we made the difficult decision to shelve the project for the time being.

It can be a very challenging thing to walk away from a project you believe in. This is especially true as a small company still finding its footing without a lot of releases. Still, as C. S. Lewis once wrote:

“Progress means getting nearer to the place you want to be. And if you have taken a wrong turn, then to go forward does not get you any nearer. If you are on the wrong road, progress means doing an about-turn and walking back to the right road.”

So, hard as it has been, we are doing an about-turn and walking back!

Back to Gamedev of course! While the writing project had game elements, it was certainly not what you’d call a traditional “game.” So while we gain more knowledge and skills and leave that project on the back burner, we are returning to creating mobile games like The Death of Mr. Fishy and Corgis vs. Kittens!

Our next release will be a smaller one so that we can get back into the indiedev groove, but we hope you’ll look forward to hearing more about it soon. When there’s something to share, you’ll see it first on @WeekendPanda on Twitter or via our Facebook page. You can also sign up for the Weekend Panda newsletter below, which gets all subscribers first notice of new releases. In the meantime, here is a little sneak peek of some early character designs for the yet-unannounced Game 4! 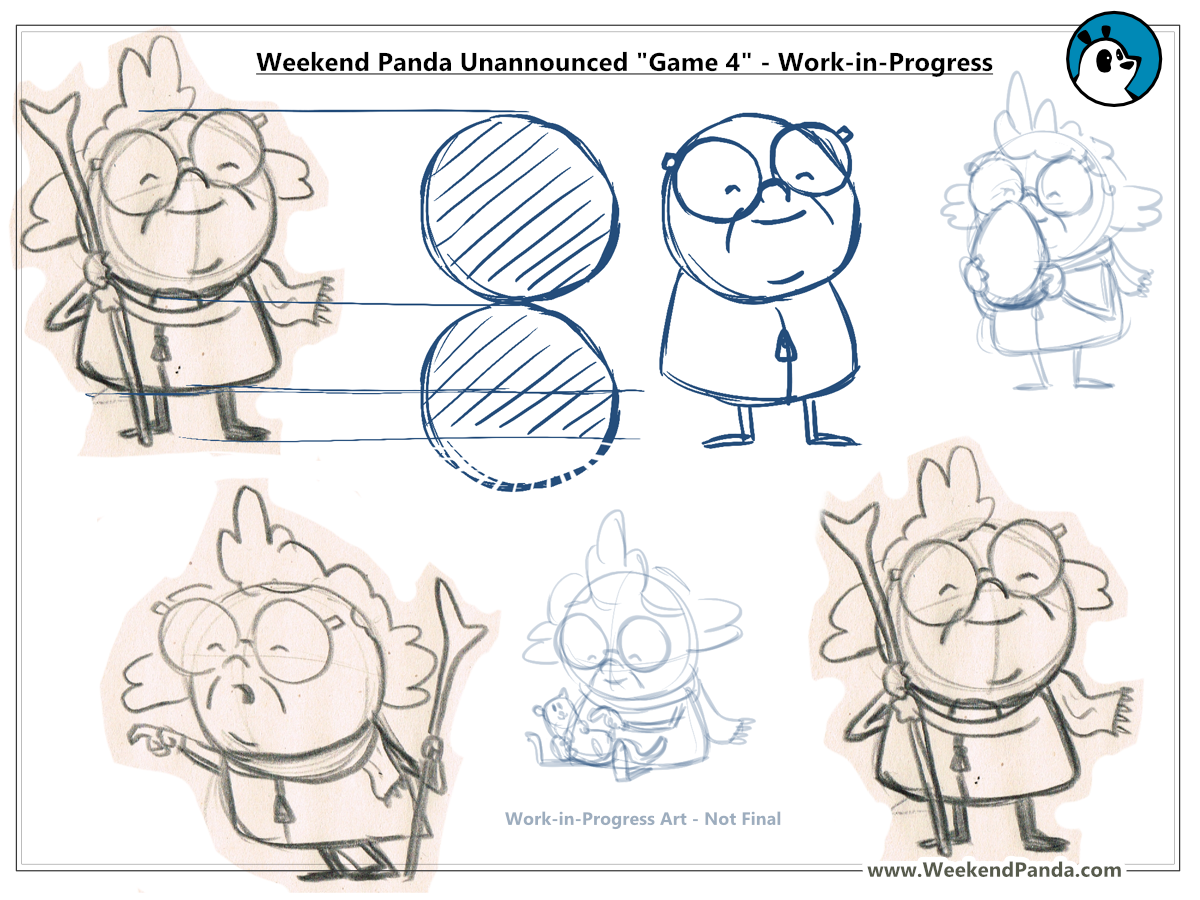